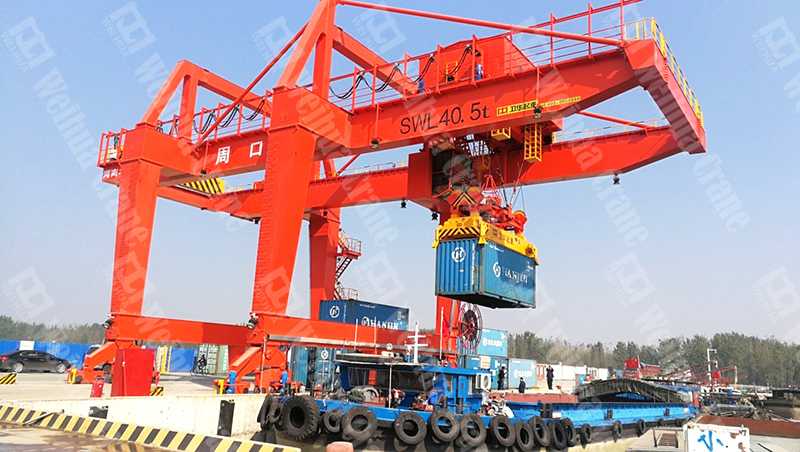 On October 11th, we received good news from Zhoukou Port, the largest port in Henan Province. A 40.5t rail-mounted container gantry crane made by Weihua Group was erected and received successfully under the condition of tight schedule and heavy tasks.

It is reported that at the beginning of this year, Henan Province has redefined and planned Zhoukou Port. The port will serve as the important capacity for cargo throughput of more than 13 million tons per year in Henan Province, relying on the largest cargo distribution center in Zhengzhou, and the transportation cost was reduced by means of waterways.

In recent years, Weihua has actively explored the international market, deployed a global sales and service network, and signed mutual recognition agreements with 66 countries around the world. At present, Weihua Group's products and service have spread to more than 100 countries and regions such as the United States, Britain, Australia, Russia and Southeast Asia, Central Asia, the Middle East, Africa and South America. Weihua has been playing a major role in the construction of the country along the “Belt and Road” countries and projects, such as the Thailand Linchaban Port, Malaysia Country Garden, British Bridge Crane, and the Grand Palace Monument in France, etc.